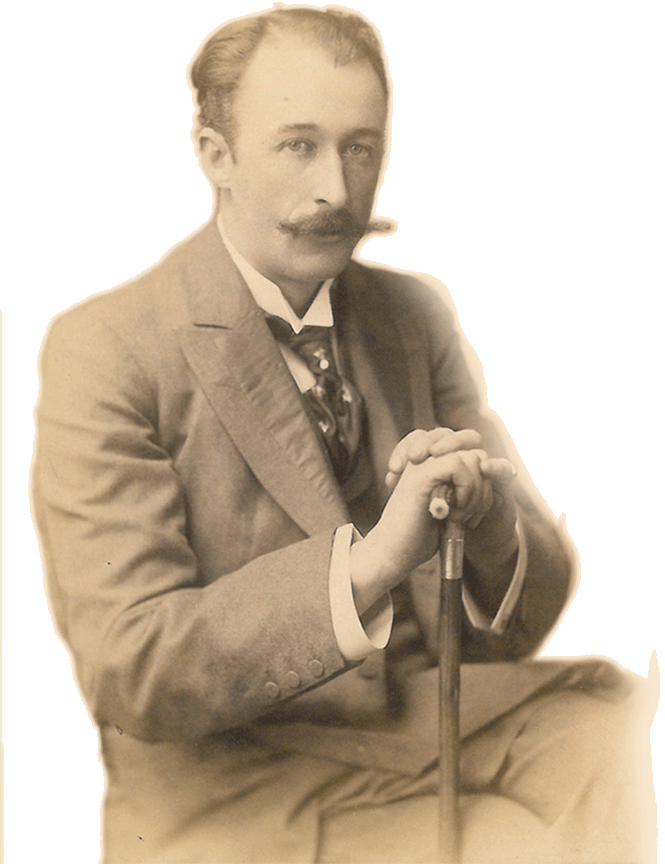 Fritz Theodor Albert Delius was born in Bradford, Yorkshire, England, on 29 January 1862 to parents who had come to England from Bielefeld, Germany. Julius, his father, was a prosperous businessman in one of Yorkshire’s great Victorian industries, wool. The home was a musically cultured one, and, as a boy, Fritz learned to play both violin and piano proficiently before he reached his teens. After attending Bradford Grammar School (1874-8), he spent two years studying at the International College near London, and then some apprentice years in his father’s business.

A unique concert of chamber music to mark The Delius Society's 60th anniversary this year is to feature three new works commissioned by the Society for the occasion, from Roderick Williams, Ian Venables and Bo Holten, alongside works by Delius, some recently rediscovered.

Roderick Williams (baritone), Timothy Ridout (viola), Milly Forrest (soprano), Chiao-Ying Chang (piano), the Coull Quartet and The Carice Singers are the artists performing works ranging from a cappella to soprano, viola and piano, and string quartet and baritone. The programme will be announced shortly.

The concert is open to non-members; please book via Eventbrite:

(This concert follows the 2022 Delius Society AGM and Lunch, open to members only.)

The Delius Society is saddened by news of the death of its Vice-President David Lloyd-Jones, a conductor who championed British music. David was a keen supporter of the music of Delius, and of the Delius Society; one of his notable productions with Opera North, which he founded in 1978, becoming its first Music Director, was […]

A unique concert of chamber music to mark The Delius Society’s 60th anniversary this year is to feature three new works commissioned by the Society for the occasion, from Bo Holten, Ian Venables and Roderick Williams alongside works by Delius, some recently rediscovered, including the first movement of the 1889 String Quartet, two songs, and the […]

DIGITAL EVENT – Delius Mass of Life: play-through and commentary with Choir of the Earth

Choir of the Earth’s Founder, Mark Strachan BEM, and Musical Director, Ben England BEM, have invited as many people as possible to learn and record Mass of Life by Delius. Following a full play-through with their musical insights (recorded on 15 March, see link below) and teaching the work throughout the summer, they will be […]

We are very sorry to announce that Lionel Carley, President of The Delius Society since 2005, passed away just before midnight on Tuesday 28th December.  His heart had troubled him for some months and he had lately been treated as an in-patient at Cheltenham General Hospital. In addition to his Presidency of the Society, of […]

The Trust promotes the music of Frederick Delius and of British composers born since 1860, by giving help towards the cost of performances, publications and recordings

The Delius Society is a flourishing organisation whose aim is to bring together those interested in Frederick Delius and his music.

We hope you find your contact with this channel is a rewarding experience and that you will ‘bookmark’ us for future visits.